Coming on November 1 in ebook….

It’s been a while coming, but finally I’m really excited to be able to tell people that my fantasy series The Twins of Saranthium has a new English language publisher; Harlequin Escape will be publishing the first book Awakening in ebook on November 1st. Isn’t it a beautiful cover? I just love it.

The Twins is my first series and if you like epic fantasy adventure, romance, danger and dragons you’ll probably like this. The second book, Betrayal, will be out next year and the third, Redemption in 2015 – I’m still working on that one!

Here’s the blurb about Awakening…..

” For two thousand years, the serpents of Salmut and their riders have kept the people of Saranthium safe — but the pact between human and serpent is failing. Rogue serpents are attacking villages, and rumours abound that the banished god of the serpents, Azoth, has returned to resurrect his empire of slavery.

Orphan, thief and survivor Shaan works in the serpent yards of Salmut and wakes from dreams of blood and death. The surprising discovery that she can speak with Nuathin, the oldest serpent of the yards, brings her to the attention of sept leader, Balkis. Handsome, arrogant and seductive, Balkis is also a man with powerful and dangerous alliances and Shaan becomes the target of the city’s most feared arms men: The Faithful.

Meanwhile in the deserts, a young man named Tallis defends his clan against rogue serpents, driving them off with supernatural force. When he faces becoming an outcast because of his power, the truth of his birth is revealed and he embarks on a journey to understand the strength locked within his mind.

Drawn together, Shaan and Tallis become ensnared in the resurrection of an ancient conflict, but on whose side will they stand — that of the serpents or the people?”

So if you like the sound of it, feel free to share the love around, get one for your mum or just tell random people on the street!

Awakening is out on November 1st from most ebook retailers. For more about my Twins series go to my parent website www.lara-morgan.com

So this weekend I recharged my writerly batteries at my local writers festival – which is awesome by the way and  you should all come here next year – the Big Sky Readers and Writers Festival which had a plethora of fabulous authors visiting sharing pearls and choc chips of wisdom.

On Saturday I listened to Michael Robotham and Michael White talk about crime writing. Both have sold in the millions so they must know something right? They were 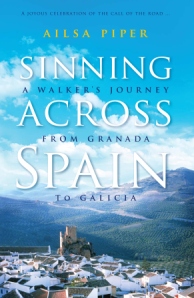 erudite, entertaining and charming in turns. The two Michaels are quite different in the way they approach the writing process – Robotham is more of a pantser, White a plotter – but both surprised the audience by saying they usually don’t know who committed the crimes in their books until they reached the end. For one book Robotham had eight characters vying to be the murderer and he was on the edge of his seat wondering who did it. So for all those aspiring crime/thriller writers – don’t worry too much if you don’t know who did it until you reach the end, after all Robotham’s sold somewhere in the vicinity of million books so……..

In the afternoon I was captivated by the eloquent trio of Ian Reid, Toni Jordan and Diane Wolfer all talking about the inspiration of history in their work. All three of their recent books are set in the early twentieth century in Australia and were inspired by actual events and people.

authors and our ‘Bogan Pride’ local team. The locals won. Well we can’t let the blow ins take that crown.

And today – Sunday – I ‘made it to the panel on what best selling authors Robotham, Katheryn Heyman and Toni Jordan wish they’d known before they were successful. The stand out moment from that was Michael Robotham’s story of his correspondence with the late, great Ray Bradbury as a nine year old. Bradbury was his great inspiration, his reason for wanting to become a writer and the story was touching and brought a tear to more than one eye. It’s not one I can retell here, but if you have a chance to see Robotham at a Festival, ask him to tell you.

Books I’ve added to my Everest sized reading stack: This Writing Life by Annie Dillard, Granny Grommet and Me by Dianne Wolfer & Karen Blair, Sinning Across Spain by Ailsa Piper and Watching You by Michael Robotham.